A Vision of Elvis

The soldier who became The King

Put on your blue suede shoes and come to celebrate the music of the King of Rock ’n’ Roll with the UK’s supreme Elvis – Rob Kingsley – and his talented cast. This breath-taking recreation of a live Elvis Presley concert takes you on an epic audio visual journey through time like you’ve never seen before. Including hits Stuck on You – It’s Now or Never -Return to Sender – GI Blues -Suspicious Minds – The Wonder Of You – American Trilogy and many, many more

Rob’s contact with the audience is immediate – As soon as the show begins you are taken on an emotional roller coaster, engaging audiences with a truly authentic Elvis musical spectacular!

Officially Endorsed by Elvis Presley Enterprises (EPE) for charitable contributions and Officially Endorsed by Mr Ed Bonja – Elvis’s Photographer and Road Manager (1970-1977) who said: “On stage Rob Kingsley looks extraordinarily like Elvis. He sings like Elvis, but most importantly, he seems to capture the very soul of Elvis – his charisma, his gestures – hell, he even walks like Elvis!”

Performing to thousands of fans in major theatres, festivals and arenas worldwide, A Vision of Elvis made history by being the first Elvis tribute artist to perform at the New Wembley Stadium to over 50,000 people. 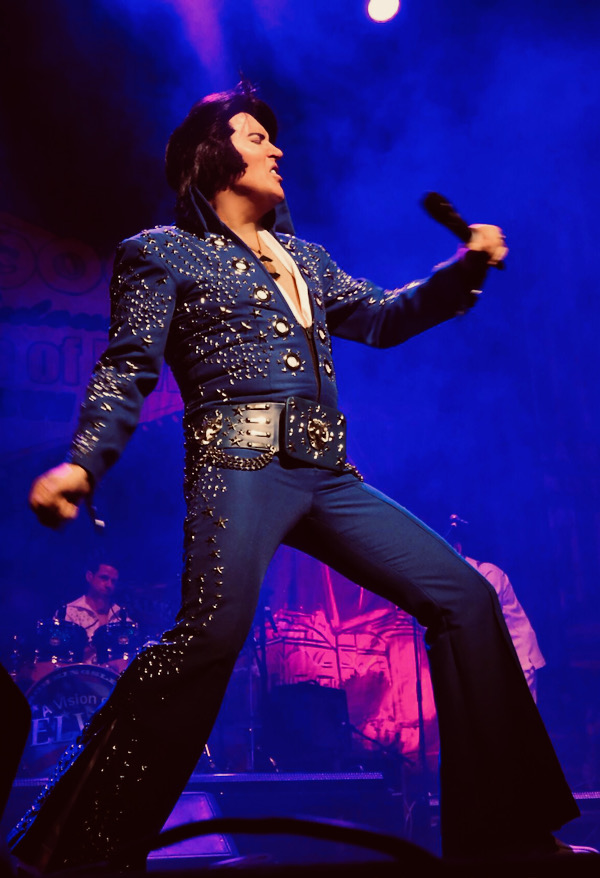